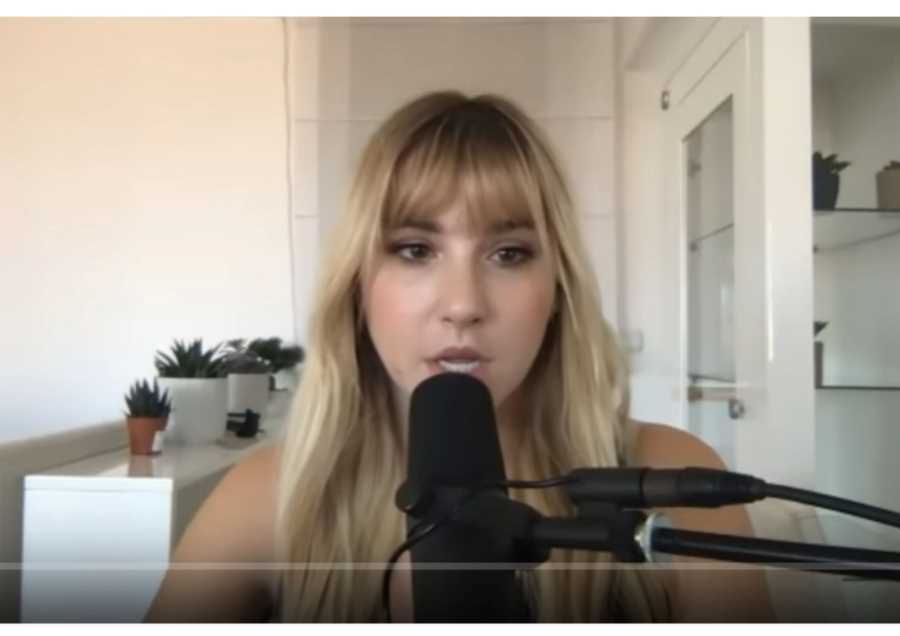 Many people have experienced significant health improvements after switching to the carnivore diet. This post features Mikhaila Peterson, her discovery of the carnivore diet, and her journey to healing and health.

In particular, we will look at health issues she had suffered from childhood into adulthood, how modern medicine failed her, how she discovered the carnivore diet and experienced remarkable improvements in her health, and how it changed her life.

Born in 1992, Mikhaila Peterson is the daughter of Jordan Peterson, a well-known Canadian professor of psychology, and Tammy Peterson. Myriad health problems followed her from childhood into adulthood.

At age 2, she had symptoms of juvenile rheumatoid arthritis. Her parents noticed something was wrong with her hips because her way of walking seemed odd and she would cry when they put her down after she was being carried on their shoulders.

At age 7, she was diagnosed with arthritis. Many of her joints were actively inflamed and they were injected with cortisone to control inflammation.

At age 8, she was the first kid in Canada to be put on Enbrel, a prescription medication used to treat rheumatoid arthritis, as well as a number of other medications.

At age 9, she began to show symptoms of depression, anxiety, and OCD tendencies.

At age 10, those symptoms had become severe enough that she was put on SSRI (selective serotonin reuptake inhibitors), a widely used antidepressant.

At age 14, she began to experience chronic fatigue and itching which she then had to battle with for the next few years.

At age 19, she went to university and things went downhill very quickly from there due to the change in her diet. She went from eating whole grains and organic food with her parents to surviving off noodles.

She also gained weight and her depression got worse which she tried to fix with antidepressant medications, including taking large doses of strong immune-suppressing drugs like methotrexate. Her dose of Wellbutrin, an antidepressant, was increased high enough that it gave her a seizure.

She was willing to live with the condition, however, other problems soon followed such as skin breakout and itching which doctors couldn’t help her.

Realizing how unwell she was, she began researching and was advised by a naturopath to go on an elimination diet.

In May 2015, she eliminated gluten because she has the celiac gene but that didn’t make much difference. She kept going, eliminating more including dairy, soy, lectins, and sweeteners.

In September 2015, she went on an elimination diet that she came up with herself, it was just meat, root vegetables, and rice because she thought nobody seemed to be allergic to these foods.

Later on, she cut out rice because she realized that it bothered her and was left with apples, greens, root vegetables (excluding potatoes), and meat.

She did really well on this low-carb diet and she managed to stop all her medications including antidepressants in November 2016.

She mentioned it is usually really dark in November in Canada and for people with depression, it is definitely not a good time to stop the antidepressant medication, but she knew it was gone and she could stop the medication.

How did Mikhaila Peterson discover the carnivore diet?

When Mikhaila got pregnant in December 2016, all of her arthritis and depression symptoms came back.

She reported having joint pain when picking up her baby or her wrist would buckle when she tried to push herself up on her wrist. This made her frustrated and angry. She had a taste of what good health was like and now it was all happening again and she didn’t know what to do for about a year.

At the time, all she had was meat, lettuce, pepper, salt, apple cider vinegar, and olive oil. She thought she’d cut out most foods and she needed the lettuce for vitamins.

But she then came across Shawn Baker on one of Joe Rogan Experience episodes. Shawn said he was eating meat only for two years but he looked strong and healthy so she decided to try out this meat-only diet.

In December 2017, she cut out everything except meat.

Despite being on a low-carb diet for a while, she still had initial transitional symptoms like bloating and diarrhea.

However, the itching and arthritis went away within a week, and her depression lifted in about 6 weeks.

According to Mikhaila, the carnivore diet has allowed her to get off over 10 medications and put several, seemingly incurable, life-long diseases into complete remission, including arthritis, depression, bipolar type II, idiopathic hypersomnia, Lyme disease, psoriasis, and dyshidrotic eczema.

She did everything her doctors told her and everything they tried failed but she succeeded by simply switching to the carnivore diet.

What does Mikhaila Peterson eat?

She started with beef, salt, and water. Nowadays, her version of the carnivore diet includes high-fat beef, lamb, elk, and other ruminants.

She generally eats once or twice a day, mostly ribs, about a pound and a half. She also drinks alcohol occasionally, she can tolerate vodka and bourbon.

She also said that she doesn’t take any vitamin supplements.

In a Q&A session with Toronto Life in August 2018, she said she’d had vitamins and cholesterol checked recently and everything was normal but her doctor is very skeptical of the carnivore diet.

As with her daughter’s diet, Mikhaila said she won’t keep her daughter on a restricted diet like herself, but she definitely won’t let her daughter have sugar or grains.

Mikhaila also mentioned that she practices fasting regularly, increasing from 18 hours to 24 hours to 36 hours. She also did a 7-day fast recently, drinking only electrolytes.

The downside of the carnivore diet for her is when she eats something other than meat, for example, a bit of pepper on steak, the reaction can be horrific.

Mikhaila managed to persuade her dad, Jordan Peterson, to try out the all-meat diet. He too had resolved many health problems. In an interview with The Atlantic, Jordan Peterson said his lifelong depression, anxiety, gastric reflux (and associated snoring), inability to wake up in the mornings, psoriasis, gingivitis, floaters in his right eye, numbness on the sides of his legs, problems with mood regulation were all gone.

Mikhaila now promotes her version of the carnivore diet “the lion diet” through her blog and YouTube channel and other media appearances.