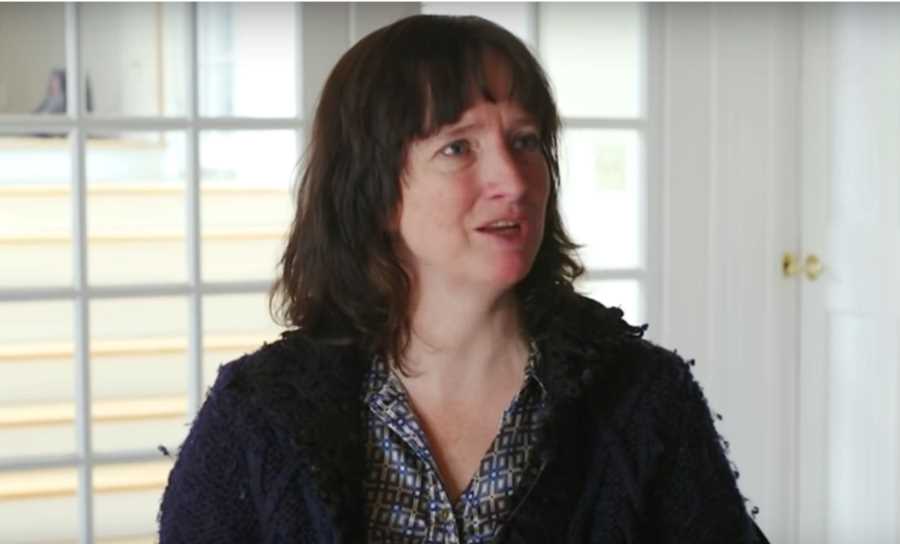 Amber O’Hearn is a Canadian-born US-based data scientist. She has been studying and experimenting with the ketogenic diet since 1997 and the carnivore diet since 2009.

Amber has recently quit her day job to focus on researching, writing, and speaking about nutrition.

She has published several papers on evolution and health, given numerous speeches and interviews on the ketogenic diet and the carnivore diet, and is the author of the blog Mostly-Fat.com.

Amber O’Hearn was brought up vegetarian. Her vegetarian diet was a healthy version with mostly home-cooked meals featuring a wide variety of whole food.

Amber was chubby as a child but not excessively so, however, she began to gain weight when starting university.

After gaining 30 pounds in the first year of university, she decided to do something about it and her solution was to return to a healthy vegetarian diet and take up exercise classes. This did not help. Later on, she switched to a strict vegan diet but this also didn’t help with her weight problem.

In 1997, while in Russia for a semester as part of her Russian degree, she gave up her vegan diet and ate with her hosts (a diet rich in meat and animal fat). To her surprise, she had actually lost weight during this period.

In the same year, she also happened to read Protein Power by Dr. Michael Eades and Dr. Mary Dan Eades. Finding their nutrition advice logical and persuasive, she decided to follow a low-carb diet and quickly lost the excess weight and felt better than she ever had in her life.

Amber was able to lose 30 pounds initially on this low-carb diet but could only maintain that for a few years.

She gained a lot of weight during her pregnancies because of her huge carbohydrate cravings. Returning to her regular low-carb diet postpartum helped her to shed some but not all of the weight gains.

To her frustration, she also slowly gained more weight which she attributed to the anti-depressant medications she was on and getting older.

At one point, she weighed almost 200 pounds.

Towards the end of 2008, Amber found out about a group of people who were eating only meat and experiencing weight loss and many other health benefits.

She decided to give this diet a go and began to lose weight quickly and effortlessly. In addition, she also experienced significant improvements in her mood.

She was previously diagnosed with bipolar disorder and was put on various medications which made her life miserable and her mental health worse.

She was stunned that her depression and mood disorder was gone after she eliminated all plant food from her diet.

Amber O’Hearn has now been on the carnivore diet for about 12 years.

Her type II bipolar disorder is in complete remission. She is also off all psychiatric drugs.

So, initially a short-term attempt to lose weight on the carnivore diet eventually became a life-long passion.

As mentioned above, Amber O’Hearn has become a prominent figure in the carnivore diet movement, giving speeches and interviews, publishing research papers in this field and writing a book about the diet and her experience.

What does Amber O’Hearn eat?

Amber says the staples of her diet are ground beef, beef steak, lamb, eggs, pork, fish, and chicken. She also eats dairy but very occasionally because of its impact on her weight.

She eats fatty cuts of meat and sometimes adds butter, tallow, or lard depending on how lean the cuts are.

Around 20% to 35% of her calories are from protein and 65% to 81% are from fat. The reason for her high fat intake is that she doesn’t feel as satiated and her mood is not as stable on a higher protein intake.

She usually eats just two meals a day, lunch and dinner. She follows her hunger signals: eat when she’s hungry and eat until she’s full.

When eating out, she might eat a bit of plant food (e.g. shredded radish, wasabi, ginger served with sashimi). Overall, plant food makes up an extremely small part of her diet.

She experiments with a variety of supplements but only takes consistently turmeric and citrus bioflavonoids (to reduce symptoms of endometriosis) and magnesium because she thinks the whole food chain is deficient in this mineral.

Her children are on low-carb but not exclusively carnivore.

Amber’s recommendation is to simply eat nothing but animal-sourced food for 30 days.

Thirty days is long enough to become adapted but short enough to commit to doing it and not too intimidating.

Try to adhere to this meat-only diet for the entire time to maximize the chance of success. You can experiment with it later to see what plant food can and can’t be included in your diet.

Before you start the experiment:

What to look for during this experiment

Carnivore Queen: Hacker O’Hearn on the Magic of Meat

Eat Meat. Not Too Little. Mostly Fat: The Facultative Carnivore

link to Can the Carnivore Diet Help Fix Your Eczema?

If you have tried every approach under the sun to fix your eczema without success and are considering trying out the carnivore diet to see if it works, this post is for you. This post covers the...

Continue Reading
link to Do You Need to Eat Fish on the Carnivore Diet?

Fish and seafood in general are widely known as a great source of omega-3 fatty acids and other nutrients such as vitamin A, vitamin D and calcium. However, some people are concerned about...

All information on www.allthingscarnivore.com is for reference purposes only and is not intended to constitute or replace professional medical advice. Please seek medical advice from qualified healthcare professionals or professionals from other relevant fields before undertaking any changes to your diet or exercise regimes or any other aspects of your life.

If you find this site helpful, please consider sharing it with your family, friends, and followers, that would be much appreciated.